The new generation of the sports roadster

This is the new Mercedes-AMG SL. When the German company revealed the first official images of the new generation of the sports roadster, fans went into raptures. The car has been completely revamped and now features V8 engine options of up to 593 hp. The new SL will be produced exclusively by the Mercedes-AMG sports division, and will be the replacement for the AMG GT Roadster and the S-Class Coupé and Cabriolet.
The AMG SL reveals modern and attractive lines, and is longer than the previous generation (4.705 m versus 4.640 m). The retractable hard top is no longer rigid, with Mercedes choosing to replace it with a canvas one, as it is a less bulky and lighter solution. It can be activated in just 15 seconds at a maximum speed of 50 km/h.
On the outside, the design follows the current Mercedes visual identity. In the front, the LED headlights have an angular shape, which resembles the current generation of the SLS coupé. The front grille has 14 vertical fins, and the bumper is more aggressive, with large air inlets in the lower part. On the side, there are air outlets in the front wings and the door handles are recessed.
Inside, highlights of the new Mercedes SL include the new MBUX 11.9-inch infotainment system. The screen is mounted vertically, as if floating. In addition to this, it features voice command support and Apple CarPlay and Android Auto capabilities. Finally, the interior comes with a 12.3-inch digital instrument cluster and ambient lighting. With a 2+2 layout, the new SL can carry up to four people, but those in the back cannot be taller than 1.5 metres. 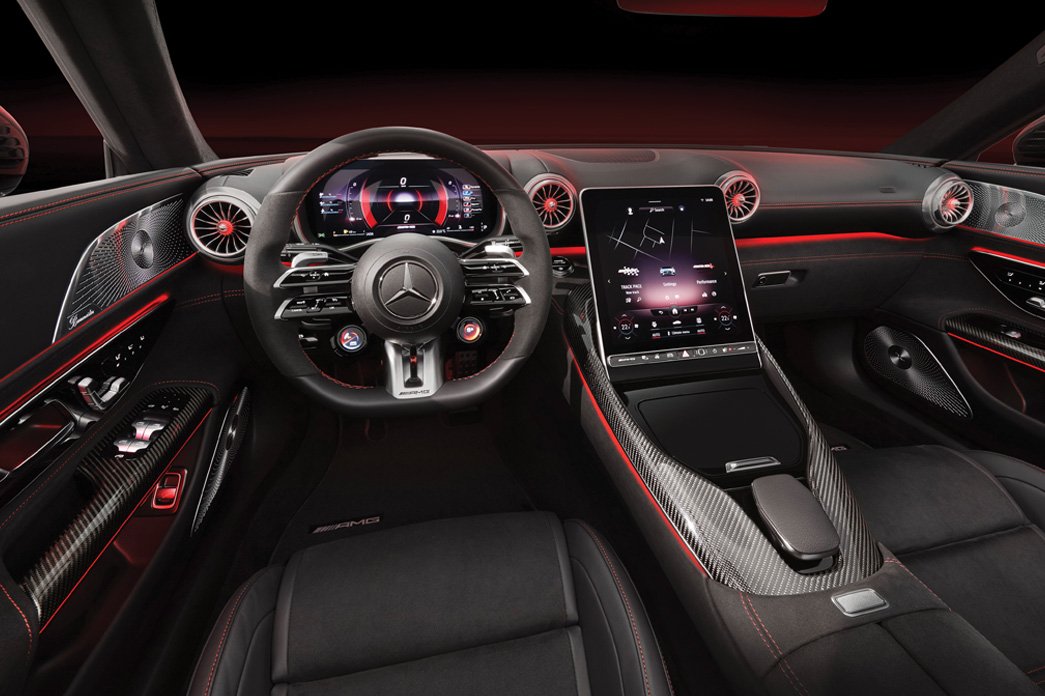