"I think that what is timeless for some, isn’t for others” 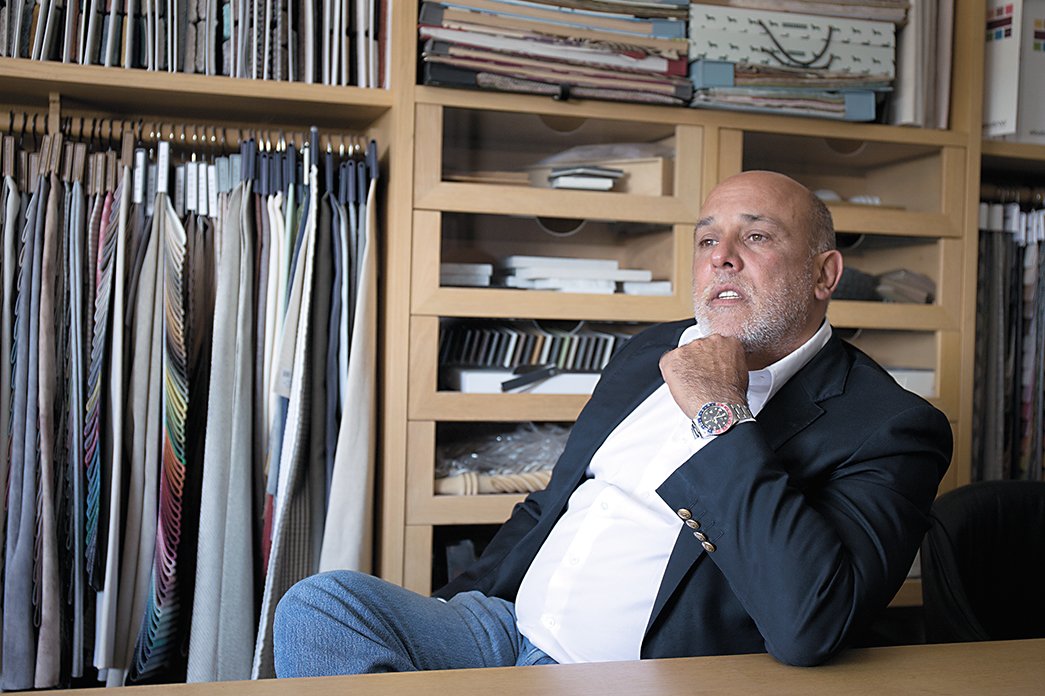 His roots are in Coimbra. He studied in London, taking a degree in Business Management, and lives in Cascais. Miguel Pires de Lima began his career in banking, but shortly afterwards he ended up in a furniture company. It was there that he developed a taste for the furniture sector and it didn’t take long for him to set up his own business: Homes In Heaven – a company with ties to London. He was 28 years old. Despite living in Cascais, Miguel had always identified Paços de Ferreira, where the factory now operates, as a cluster for the sector, because it has everything close at hand: "labour, materials, know-how”. This is where he has stayed ever since 1997. The entrepreneur began this journey with three members of staff and today he has around 50 employees and several shops throughout Portugal and abroad.


You created the Homes In Heaven brand and launched it in London. Can you elucidate?
As I had that connection to London, because I had studied there, and the market in Portugal was very small and didn’t hold much interest, I decided to create my own brand and open up in London, where the brand was indeed born, which is why the logo says Est. 1997.

How was it to make a move like that, in a market such as London?
We’re talking about many years ago, when we didn’t even have the Internet. The pieces had to really exist and be there. I rented a place, opened a company and exported from here to there. I kept the company going for 20 years, in Chelsea. The last crisis, in 2008, led to its closure. However, as I had a customer base there, I carried on selling to England. Then the business moved more to Spain. In addition to being a market much closer to home, it was also more focused on projects. The Portuguese market also began to represent a much larger slice of the company’s turnover.

Where are you at the moment?
In Portugal, we are in Paços de Ferreira, in Lisbon and in Oporto, on the Avenida da Boavista. Outside Portugal, we are in Madrid, Seville and Marbella. Our business is divided into four areas: a retail area, in Silves, where we have a collection of more than 500 models, which are then multiplied by 20/30 different finishes, giving a total of around 18,000 items; a resale area, with dealers in different European countries; the turnkey project area, which we normally do with embassies and small hotels; and also, an area that consists of creating specific pieces for interior designers’ projects. The business is 90% made to order, we don’t work with stock.

"The business is 90% made to order, we don’t work with stock”

Normally, these businesses are always a family affair. With Miguel it was different. You set up your own business.
And it’s been almost 25 years of hard work, but it was worth it.

And what has kept you going throughout these 25 years?
Being motivated and wanting it.

And does your creativity also come a lot from you, from your experiences?
It comes a lot from my experiences... I travel a lot, I like aesthetics, decoration. Despite not being an interior designer, I am intuitive, and, if truth be told, the collections that we bring out have not been designed by me, because I don’t design, but they are guided by me. And then, it also has a lot to do with trends, keeping an eye on things and having taste, and giving the right instructions, following those trends. Nowadays, one of the advantages we have, because we’re working in Europe, is being able to launch things on a seasonal basis, almost like you do with clothes. But even in the clothing sector, there used to be two collections a year – the winter collection and the summer collection –, and today there are brands that launch things practically every month.

Do you feel, in the furniture industry, that need to launch new things frequently?
I think this market is increasingly globalised, the Internet is going to change the world, people have access to everything. The effect of Instagram and constantly seeing new things, for example, forces you to do things at a much faster pace. In the past, collections were made, two hundred of this and two hundred of that were produced, put on sale and the industry worked for a completely different market to that of today. Nowadays, even cars are made to order. The same thing happens with us. You can choose anything from the sofa feet, to the size or the fabric, and this flexibility is the only advantage we still have.

In your opinion, do pieces fall into disuse or are they timeless?
We have products that have been around for 25 years old and are still selling. And we have products that we made last year that didn’t sell very well. So, in actual fact, I think everything is timeless. I think that what is timeless for some isn’t for others. I myself have had my house one way, and nowadays I have it another way. On the other hand, I have another house, which has had the same things in it for 18 years, and I still like it.

And what do you think of the furniture sector in Portugal?
Competition is huge. I can’t understand where it all goes. When I started, there were few companies with any size to them. They’d come to Paços de Ferreira and all had the same exhibitions – there is only one type of design. Nowadays, there are large, more competitive companies. With the international fairs, everything changed massively. And then, in 2004, IKEA came along to boost demand. I think after IKEA, people began to look more at their house than they used to. For example, in England, they were already way ahead of us – while in Portugal there was an elite that had well-decorated houses, and the rest were all decorated with the same bog-standard stuff.

"We do things as well as the Italians. The thing is that we still lag behind in marketing”

Is our market competitive, in terms of design, compared to countries like Italy?
We do things as well as the Italians. The thing is that we still lag behind in marketing.
All we need is marketing to make us one of the best?  We have been evolving, but we are still very far behind. Italian is Italian, and has design; and German is German, in terms of quality.

In 25 years of Homes In Heaven, has there also been a lot of investment in machinery?
We’ve just made an investment now. We’ve increased production, and bought new machines. Previously there were only machines for giant productions, today there are machines for piece-by-piece productions, and the know-how itself is also moving from the carpenter to the machine. This is the way ahead, because skilled labour is increasingly difficult to find.

Is there any country where you would like to see your brand?
There are countries where I would like to increase business, because we practically export almost everywhere. We’re in Russia, Malta, France, Spain, Italy, all over Europe. We just don’t export to South America, that’s the only place I can think of...

And where would you like to open a shop?
In Paris. Because I love Paris, it has very beautiful houses, and we sell a lot to Paris. The French are complicated, they are too strange. In Paris, I have never managed to open a shop, but it was one of the places I liked.