"I have proved that dreams can come true” 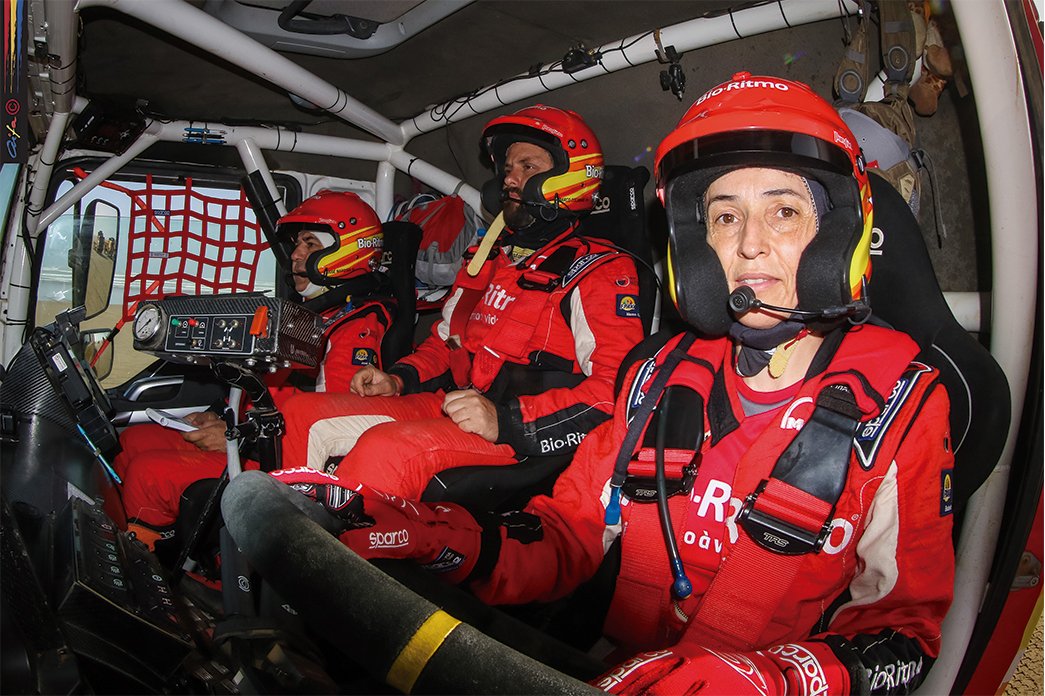 Passionate about off-road racing and adventure, this Portuguese driver has achieved something no other woman has ever done: she was the only woman in the world to win the Africa Eco Race rally, in the truck category. After motorbikes (where she was the first Portuguese woman to face the mythical Paris-Dakaron two wheels), off-road cars and lorries, Elisabete Jacinto, born in Montijo, has taken part in zero pollutant emissions races. To TRENDS she spoke of her past, present and ambitions for the future, which include learning to play golf and deepening her knowledge in the area of sports psychology.
How does a geography teacher become an off-road driver?
Off-roading started out as a hobby. After I got my licence and bought a motorbike which I used as a way to get about in the city, I started to take part in off-road trips. One day, my group of friends decided to sign up for a competition and they ended up encouraging me to take part as well. It was a great challenge because I thought I wouldn’t even manage 70 kilometres and, in the end, I almost finished that race. Although I gave up (I fell in a river and it took me a while to get the bike up, because the engine was full of water), I felt that I had exceeded all my expectations. At that moment I realised that we are much more capable than we think we are and, perhaps because of that, I really fell in love with this sport. The challenge remained of trying to understand what I was actually capable of. From that day on, I took part in all the National Off-Road Championship races and, later on, I allowed myself be seduced by the great African marathons, by the Dakar and by the great challenge which was driving a truck.

At 54, in 2019, you won the Africa Eco Race, in the truck category, the competition which replaced the Dakar rally and for which you prepared for 27 years. Is that the great professional milestone of your life?
Winning the Africa Eco Race was the fulfilment of a dream I have pursued for years and which involved being recognised as a good driver. For that I needed to win a great race. It didn’t have any impact on my professional life as, despite the title, I did not manage the raise the money necessary to return to racing. In personal terms it was good because I got the recognition I was looking for. I neeed to win the general classification in the truck category for people to look at me as a driver and not only as a woman who stands out for taking part in a sport mostly practiced by men. This just shows that we must not give in to gender stereotypes.

Out in the race, what is the big difference between the Dakar and the Eco Race?
For about 30 years the Dakar rally was the biggest off-road marathon in the world. A truly challenging race for those taking part. In 2009, it was decided to abandon the African continent and it was held elsewhere, namely in Latin America and Saudi Arabia. In this way it changed its personality, and although it kept the name that refers to its origin, it started to become more like other rallies. The Africa Eco Race was the race which inherited all the features which the Dakar gave up when it abandoned Africa. In other words, the Africa Eco Race is currently the great African marathon, the one that makes you dig your deepest when you’re at a loss to overcome all difficulties and reach the end. Everyone who finishes this rally feels like a winner, regardless of the placing achieved.

Sustainability is now present in every area. Do you feel that off-roading also had and has to adapt to the new demands of the world?
Sustainability should be a matter of concern for all of us, as it is the survival of our species, while at the same time quality of life is at stake. In fact, off-roading, just like all the activities man has developed, has been changing the way it operates in order to act in a more sustainable way. I will give you some examples: my competition truck complies with the Euro 5 European pollution control standard, which was unthinkable a few years ago. Organisations have been very permissive in order to facilitate the integration of electric vehicles (motorbikes and cars) which are still in a trial and adaptation phase and do not comply with the competition regulations. In addition to this, despite the fact that rallies move a large number of people through the desert, they have managed not to leave a negative footprint. The organisations have created rules so that all contaminating liquids, resulting from mechanical work, are collected in special containers. All waste is also collected and there are even organisations that carry an incinerator truck to burn all non-recyclable waste. Before, nobody worried about these aspects. Today it is compulsory.

"We must not give in to gender stereotypes” 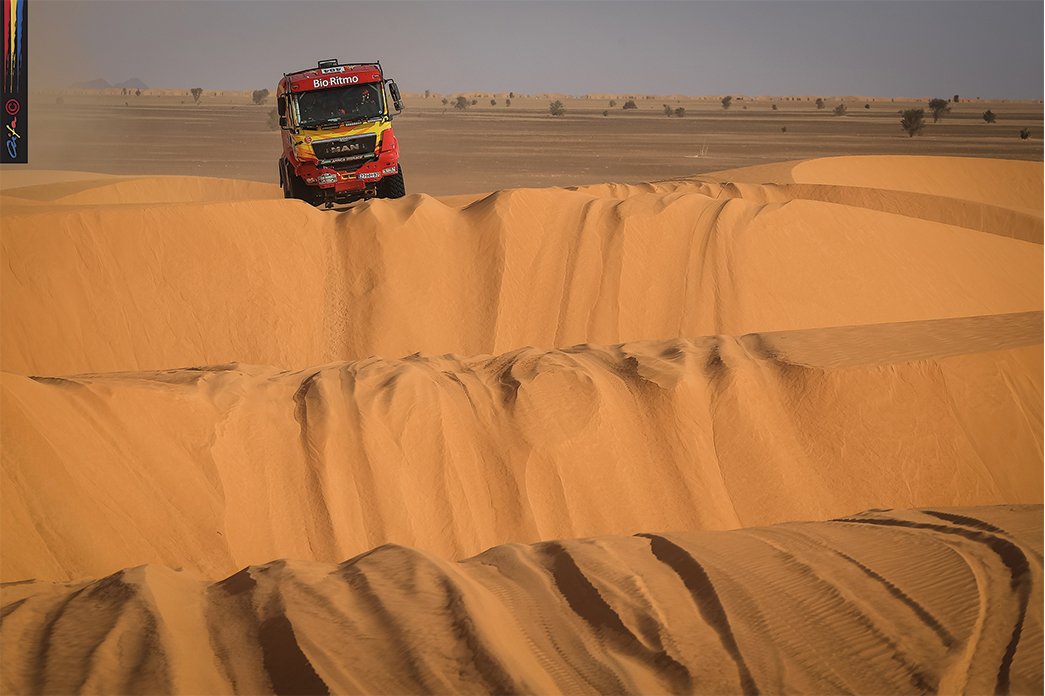 In your opinion, what practices could the rally adopt to become an even greener sport?
The big off-road marathons are mainly held in the countries of North Africa, which have fewer economic resources. Therefore, the presence of these races in these regions brings them economic benefits as they constitute a form of tourism with all its economic impact. In this respect, the consumption of local resources is very important, thus supporting the economy of these countries. In addition to this, respect for the populations and culture of the regions where the rallies take place, the preservation of the environment and the natural characteristics of the spaces is one of the aspects that should always be given priority. Of course, it is also important to make vehicles less and less polluting, as well as to adopt new forms of energy, but this is being done in parallel with technological evolution. All these aspects are being put into practice more and more, but I think we can always take it further.

We haven’t heard from you since the pandemic. Have you stopped racing for good? What have you been doing?
The pandemic weakened the economy and called into question a number of activities. Sport is always at the top of the list of activities that are not considered a priority. Given that I have always depended on sponsors for racing I was forced to stop. However, I cannot guarantee that it will be a definitive stop or just a temporary pause. In the meantime, I have other personal challenges. Learning to play golf and deepening my knowledge in the field of sports psychology are two of my goals at the moment.

"Sustainability should be a matter of concern for all of us, as it is the survival of our species” 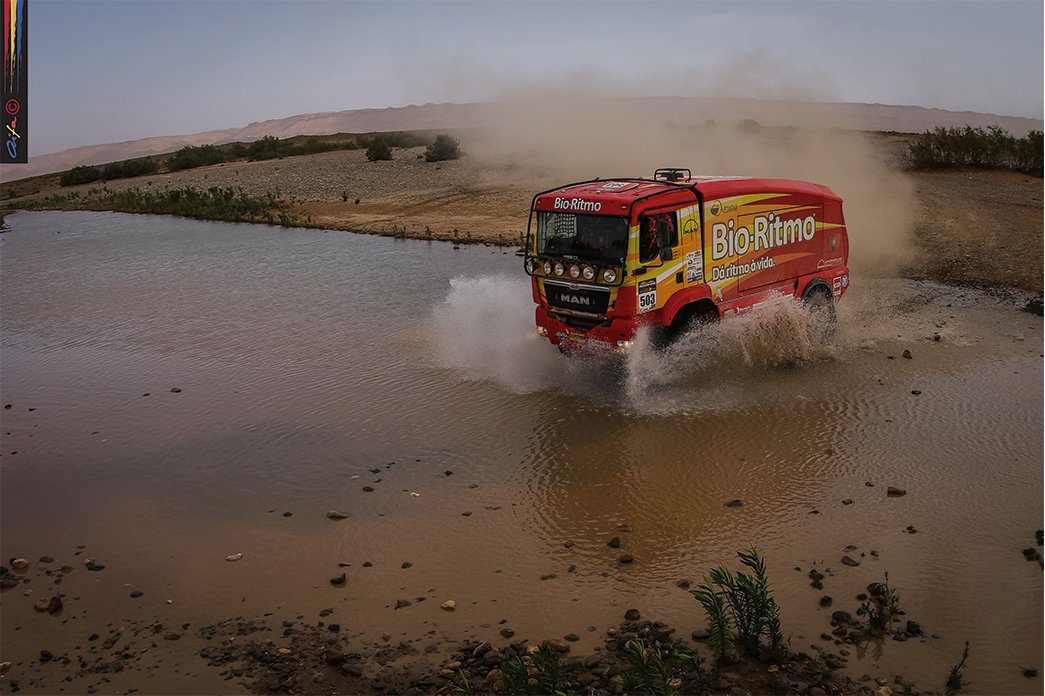 What dreams do you still have to fulfil?
In terms of sport, I have fulfilled my dreams and my great challenges. I was part of the small number of women who finished the Dakar rally on motorbike and I won the Ladies category in the off-roading World Cup three times. In trucks I have won several rallies among them the Africa Eco Race and so far, I have been the only woman to do it. I have proved that dreams can come true, however ambitious they may be. The mission is accomplished. I hope it sets an example.
12 September 2022
T. Filomena Abreu
P. Rights Reserved