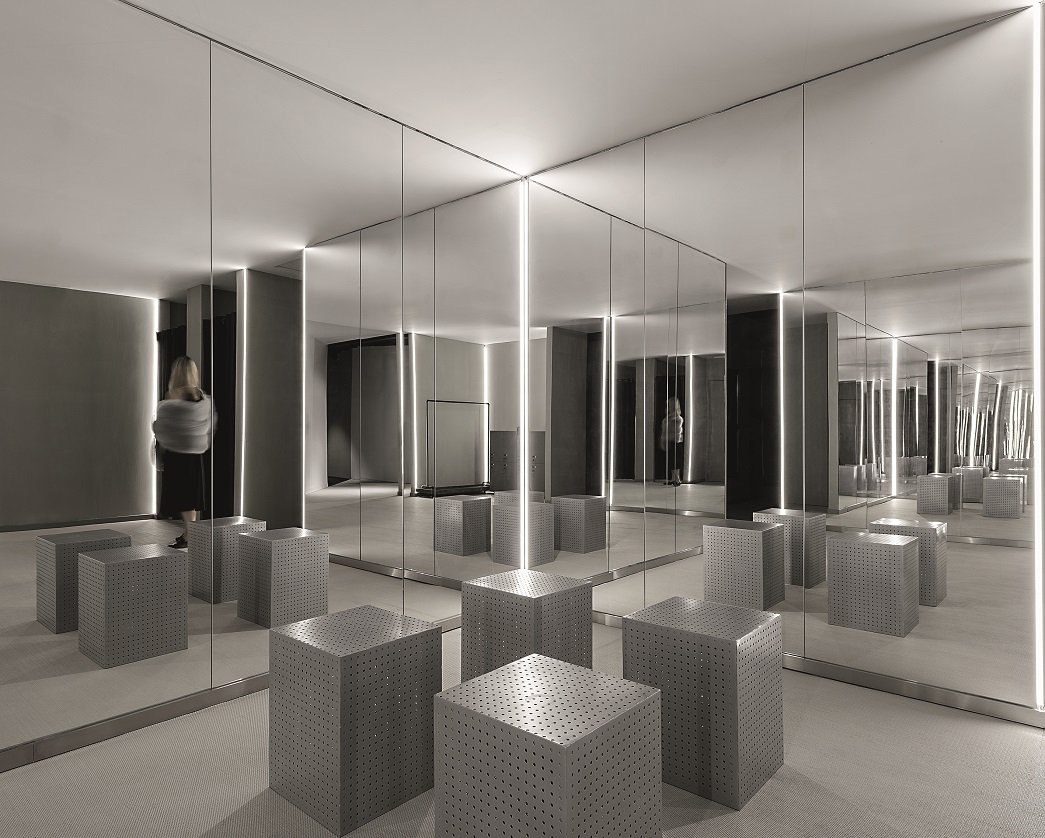 The Jian Li Ju Theatre, in Shanghai, China, is the result of a project by More Design Office (MDO), which has met the brief of making the audience an integral part of performances and productions, by carefully addressing the relationship between space, event and movement. A bright lobby gives way to a staircase that descends into darkness, and from there, the circulation seeks to create a sense of departure from the outside world, a deliberate act of disorientation. Throughout the project, the palette is simple, with a suggestion of texture given through the plaster. After actors and spectators have made their mark, at the moment of farewell, the sequence concludes with gleaming hall of mirrors.