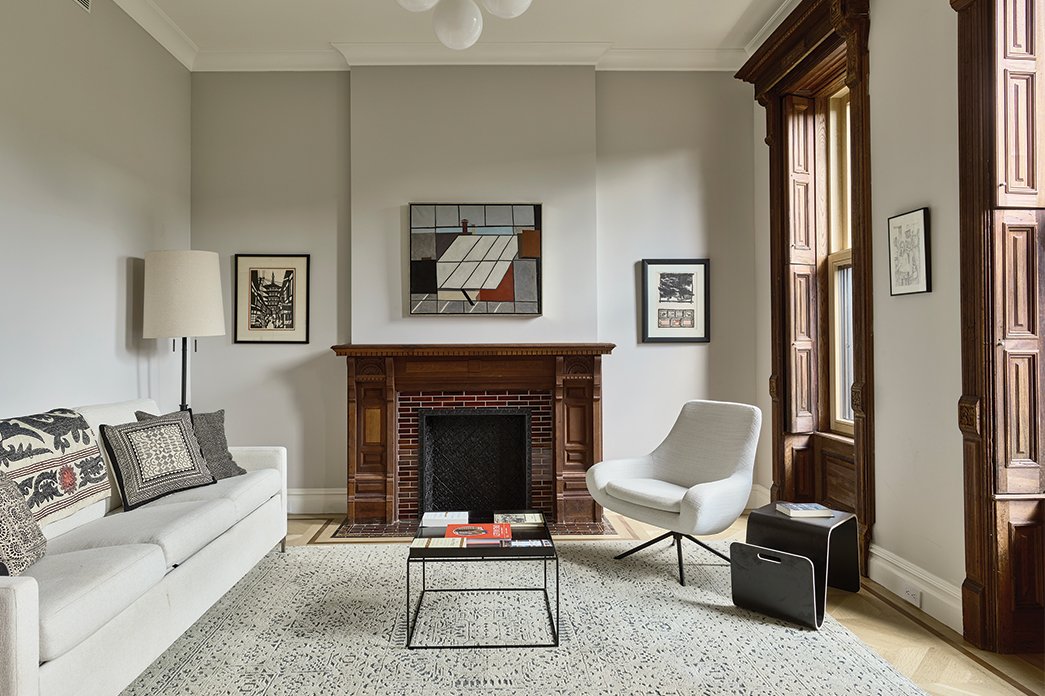 In the middle of historic Harlem, a place where many jazz clubs can be heard and where features from the 19th century can be found, the Historic Harlem House, a project by MESH Architectures, is located in one of the quiet neighbourhoods of New York, in the United States. The owner, a university professor and consultant, father of four, hoped to have a single-family residence and this came true. During the work designed by the team of architects, importance was placed on recovering the original woodwork of the house, around the windows, doors, stairs and fireplaces, while at the same time modern elements were introduced. Also, concern for the use of energy through insulation, air sealing and heating, was of ongoing importance.
This is a property that is large by New York City standards. It has a cellar, which was dug out and reconstituted into a home gym and media room, and four floors. The kitchen, designed by the architects and made by a local millworker, as well as the living room are on the ground floor (the so-called English basement), which has access to a garden at the back. Then there is the living room and the library. And on the third floor is the master bedroom and guest bedroom, plus accommodation for the four daughters.
The fixtures are a mix of historic and modern. The stucco facade, known in New York as brownstone, as it is coloured to resemble real brownstone, has been fully restored by specialist Edson. "This house is an integration of the old with the new. It is airy and clean, and responds directly the needs of a modern urban family,” acknowledges Eric Liftin, the director of MESH. The concern for protecting the historic features of the house was the starting point for the change. It is a house brimming with technology, the latest building science tech, while at the same time looking like a peaceful, historic Harlem row house.
The facades, like the roof, have been completely insulated. The windows have triple glazing by Zola. The electric heat pump heats and cools the house. The ERV (Energy Recovery Ventilation) system achieves extraordinary efficiency, thanks to the air intake and outlet on both sides. All this makes this property a Passive House, due to the energy efficiency installed in it, and also demonstrates that from an old house it is possible to turn it into a more ecological one.