The future landed after an intercity flight 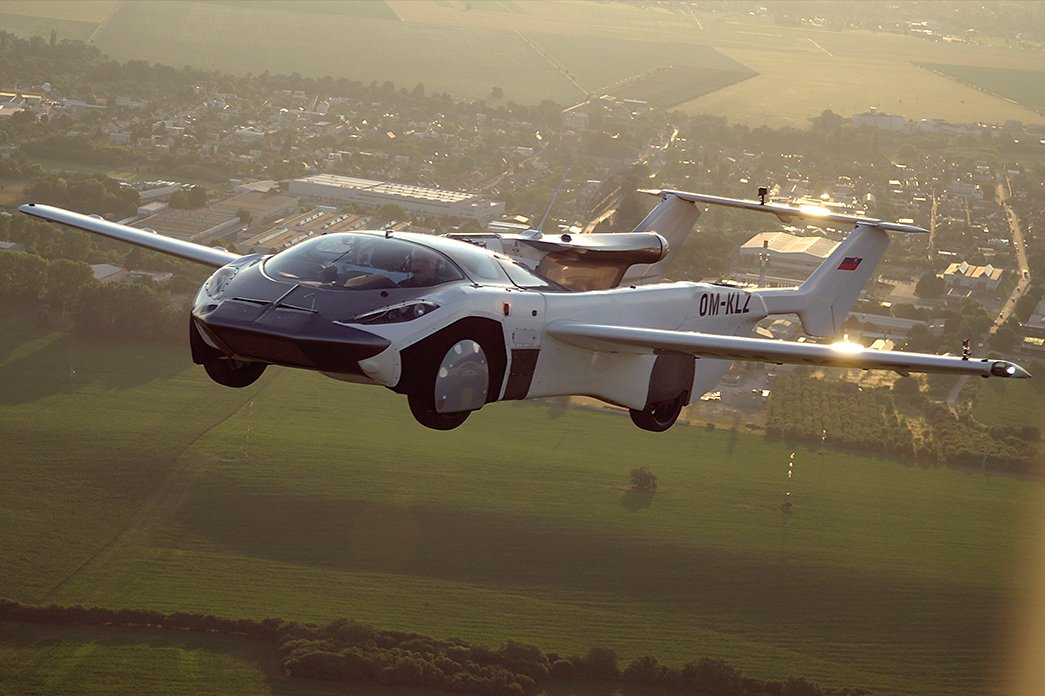 Oscar Wilde once said that man can believe the impossible, but can never believe the improbable. He was right. And Stefan Klein can prove it. For the disbelievers or absent-minded, here’s the latest: cars can already fly. Yes, it’s true, the future has arrived in 2021. No, this isn’t a science fiction film. Slovakian company Klein Vision has created a prototype flying car (with a sporty look) that promises to revolutionise the car industry... or airline industry.
The AirCar looks just like a car when flying through the sky and when zooming down the road. And tests have been going well. It has already ventured not once, but 142 times into the skies. The latest was a first – the first intercity flight. In the hands of Stefan Klein, the company’s visionary CEO, the AirCar made its first trip between two cities. It started at Nitra airport and ended, 75 km later, at the international airport of Slovakia's capital, Bratislava. The journey lasted 35 minutes, reached a cruising speed of 190 km/hour and included some manoeuvres for a promotional video.
The pilot described the flight as "normal” and "very pleasant”. After landing, the car took just two minutes and 15 seconds to return to "land mode”, retracting its wings and tail, and was driven into the centre of Bratislava by its creator, under the astonished gaze of other car drivers. The car-plane used in this demonstration was the Prototype 1, equipped with a 1.6 BMW engine, with 160 hp, but the Prototype 2 should have the definitive version of the engine installed, with a power of 300 hp, which will increase the maximum speed to 300 km/h, while still guaranteeing the same 1000-km range.

"The pilot described the flight as ‘normal’ and ‘very pleasant’”

According to Klein, the device can fly close to 1,000 kilometres and reach an altitude of 2,500 metres. To date, the device, equipped with a BMW engine, has flown for about 40 hours. In the air, it can reach a speed of 170 km/h and can carry two passengers, provided that together they weigh less than 200 kilograms.
The CEO has been working on the development of these flying cars for more than 20 years. The development process behind the AirCar alone has already cost around two million Euros.